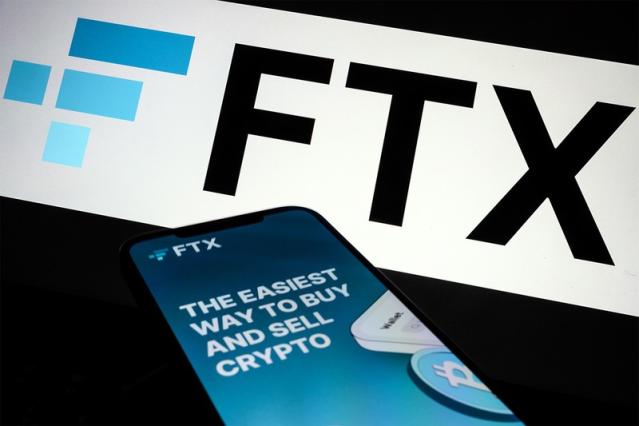 The cryptocurrency market is in shambles. Bankruptcies and scandal, coupled with high levels of inflation and a bear market, decimated the digital currency landscape in 2022. The massive collapse of FTX and the dissolution of one of industry’s largest exchanges was just another downhill turn in a year that was littered with them.

Because cryptocurrency is decentralized, largely unregulated, and uninsured by the Federal Deposit Insurance Corporation (FDIC), FTX investors whose funds were not recovered by the exchange will receive no help from the U.S. government to make them whole again. There may, however, be some tax remedies available in certain circumstances. This article provides an overview of the recent fall of FTX and the negative impact on its investors.

Founded in 2019 by Sam Bankman-Fried, FTX was a cryptocurrency exchange, which is a place where anyone can buy and sell digital assets such as Bitcoin and Ethereum. FTX customers were able to easily access the crypto market through this exchange without the hassle of setting up a crypto wallet. FTX even created its own cryptocurrency, the FTX Token (FTT).

The FTX collapse happened fairly quickly. The house of cards first began to fall in early November 2022, when cryptocurrency newsite Coindesk reported that Alameda Research, a hedge fund also owned by Sam Bankman-Fried, held a significant portion of its $14.6 billion of assets in the form of FTT. The blurring of lines between the two companies triggered questions about their business practices.

Only a few days after this report was issued, Changpeng Zhao, CEO of rival crypto exchange Binance, tweeted that his company would sell all of its FTT tokens (amounting to $530 million). This announcement caused a sudden and sharp decrease in the price of FTT. Due to this drop, many FTX users rushed to pull their assets from the exchange – approximately $6 million in withdrawals were initiated in three days. However, FTX did not have the money to pay out what it owed ($8 billion was needed to make up for the difference) because the money had been informally funneled to Alameda Research.

As a way to try to salvage the exchange and avoid a potential crypto crash, Zhao and Binance moved to purchase FTX. However, the deal fell through when the due diligence process showed that FTX had mismanaged user funds. This misconduct was never previously discovered because FTX was not following standard financial reporting procedures.

When the Binance deal failed, FTX collapsed. On November 11, 2022, the company filed for Chapter 11 bankruptcy protection and fired three top executives. Bankman-Fried resigned. Amid the discord, hackers stole a significant amount (different reports note various amounts between $300 and $600+ million) from FTX in a series of unauthorized transactions. The funds were quickly laundered into other forms of crypto currency and the identity of the thieves remains unknown.

Bankman-Fried was arrested at his estate in the Bahamas in December 2022. On January 3, 2023, in New York federal court, he pleaded not guilty to all charges, including wire fraud, securities fraud and money laundering. A trial date has been tentatively set for October 2023. Two others who were involved in the scandal – Carolyn Ellison, who ran Alameda, and Gary Wang, who co-founded FTX – have pleaded guilty to several fraud charges and are cooperating with federal prosecutors. The SEC also charged all three with defrauding FTX investors.

The federal government expects that more than 1 million FTX customers could be affected by the crash. A task force has been established to further investigate the alleged fraud and help investors recover funds, which the SEC estimates at over $8 billion. In an effort to safeguard customer assets from being lost or stolen, more than $3.5 billion in crypto assets were seized by Bahamian regulators late December.

Some FTX customers who don’t want to wait for the bankruptcy process to be completed are selling their claims at steep discounts to try to reclaim some of their money. Others are joining a class-action lawsuit against the company. Investors who suffered a financial harm as a result of the FTX collapse are looking for other ways to help recoup some of their losses. A few possible, though likely not tenable, options are discussed below.

Generally, if a stock is sold for a lower price than its basis, a capital loss is incurred, and can be used by taxpayers to offset capital gains. However, for those involved in the recent FTX scandal, the situation is a little more complicated. The IRS specifies that, in order to recognize a capital loss, the asset must be exchanged or sold. As such, the loss of access to assets in an exchange that shuts down does not constitute a capital loss.

Taxpayers may elect to take a loss related to an insolvent financial institution as a personal casualty loss reported as a miscellaneous itemized deduction in the year that the loss may be reasonably estimated. Unfortunately, for years 2018 through 2025, this rule only applies to losses attributable to a federally declared disaster.

FTX users may, however, be able to claim a deduction under a special provision in the theft-loss rule that was instated after the Bernie Madoff scandal. This rule allows for a deduction if the loss is due to a Ponzi scheme. However, the odds are slim that the IRS will be sympathetic and loosen its very tight standards on what would qualify under this provision to apply to losses incurred by FTX investors.

The most promising route for FTX users may be to take the deduction as a nonbusiness bad debt. Bad debts occur when taxpayers are owed money that they cannot collect. When acquired in or closely related to one’s trade or business, the debt is considered to be a business bad debt; all other bad debts are considered nonbusiness.

Nonbusiness bad debt must be completely worthless to be deductible, so FTX investors may run into the same issues as those related to the treatment of worthless securities discussed above.  In order to be considered worthless, there must be no reasonable expectation that the debt will be repaid. If FTX were filing for Chapter 7 bankruptcy rather than Chapter 11 bankruptcy, there would be no expectation of repayment.

In Chapter 7 bankruptcy, the company attempts no reorganization or repayment to creditors. The debtor (FTX) would simply liquidate its assets and meet debt obligations to the degree that it can with no recourse to those remaining unpaid after the funds are depleted. In Chapter 11 bankruptcy, the debtor reorganizes its debt while continuing daily operations. During the filing, the courts will approve or deny FTX’s reorganization plan that will allow them to repay their debts. If this is denied, Chapter 7 bankruptcy will occur.

Because the lost assets must be completely worthless and unrecoverable to be considered a nonbusiness bad debt, this determination cannot be made until the Chapter 11 bankruptcy filing is ruled on by the courts. It is likely that FTX investors will need to wait until their 2023 tax returns are filed (and probably even longer) to potentially claim this loss.

Events such as the collapse of FTX put investors in a very tough situation. The high rewards of the crypto market come with high risks as the invested funds are not federally insured, leaving little recourse for thousands of investors. Moreover, most tax remedies available to FTX investors attempting to cut their losses require that their assets become completely worthless. Therefore, investors impacted by the scandal will likely be stuck in a holding pattern as they await the results of a lengthy and complex battle in court with FTX’s founder.

If you need advice or assistance related to cryptocurrency or other tax issues, please contact GYF at 412-338-9300. 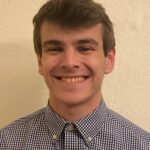 Noah Trimble, who is earning his BS/MBA from Robert Morris University, assisted with the research and writing for this post. In his role as a GYF Tax Intern, Noah helped to prepare individual and corporate tax returns. 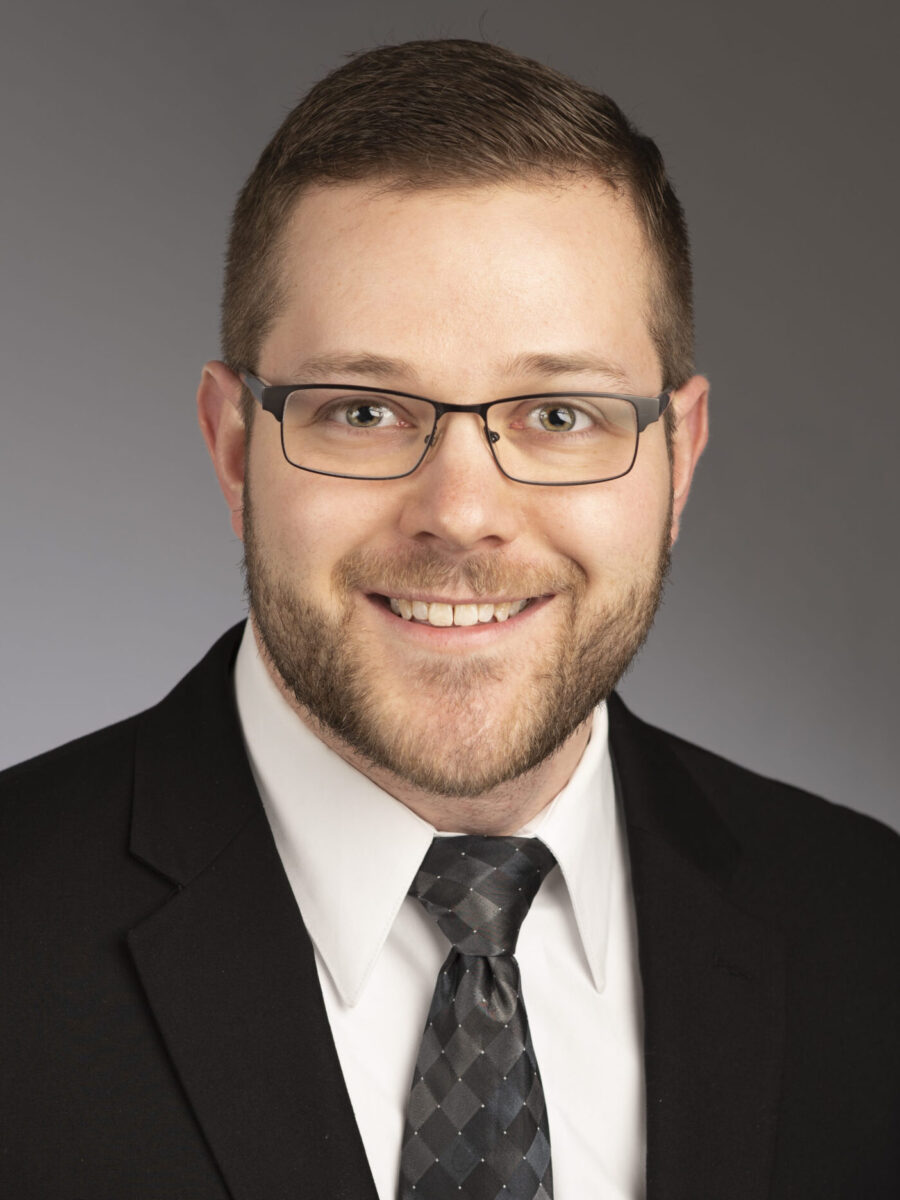 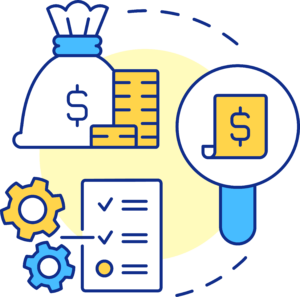 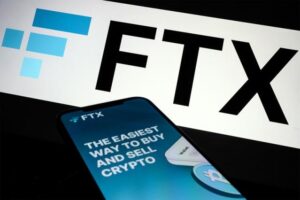 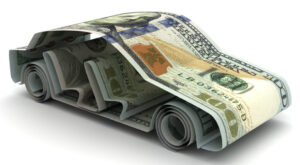 PrevPreviousVehicle-Related Tax Updates
NextUnderstanding the SALT Deduction and PTE Tax ElectionsNext
We use cookies on our website to give you the most relevant experience by remembering your preferences and repeat visits. By clicking “Accept All”, you consent to the use of ALL the cookies. Please visit our cookie policy for further details.
Cookie settingsACCEPT ALL
Manage consent